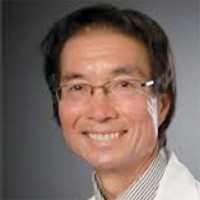 Dr. Leslie Kim is a board certified orthopaedic surgeon and has been in active practice with WBOMG for 20 years. While he treats most general orthopaedic problems, he has specific expertise in the arthroscopic surgical treatment of shoulder and knee injuries. Special interests include Sports Medicine, Shoulder and Knee Arthroscopy, Primary Total Hip and Knee Replacement, Workers Compensation and Forensic (Medicolegal) Orthopaedics.

Following Dr. Kim's formal training, he gained additional experience while working at the Olympics and serving as team physician at Skyline College. In addition, he acquired extensive experience in the workers compensation system as the director of industrial medicine for a large statewide medical group.

Dr. Kim is an attending orthopaedist at Seton Medical Center in Daly City and Mills Peninsula Health Services in Burlingame, and has a long standing commitment to various organizations servicing the medical profession and community. He is currently First Vice President of the California Orthopaedic Association; Chair, IT Council, California Medical Association; Board of Directors (Executive Committee), Mills-Peninsula Medical Group; and Vice-Chairman of the Orthopaedic Surgery Department at Mills Peninsula Health Services. He is past president of the San Mateo County Medical Association, Trustee on the California Medical Association Board, Member of the American Association of Orthopaedic Surgeons Board of Councilors, and Chairman of the Orthopaedic Department at Seton Medical Center. Because of his interest in health information technology, he also previously represented physicians on a California State Commission advising the Governor on health IT financing.

Outside the office, Dr. Kim has developed a particular interest in sports fitness and physical conditioning. He has participated in competitive triathlons and marathons, and remains active as a runner. Having been born and raised in Hawaii, he is also an avid water sports enthusiast.