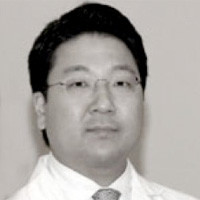 Charles K. Lee is a Board Certified (American Board of Plastic Surgery) plastic surgeon with expertise in reconstructive microsurgery and aesthetic surgery. He graduated from Washington University-St.Louis with Honors and as a Scholar in the Program in Medicine. He completed his Plastic and Reconstructive Surgery residency at the University of Chicago and then went on to complete a fellowship in Microsurgery and Hand Surgery at the Buncke Clinic, San Francisco. He has been on the full time staff at the Buncke Clinic, clinical faculty at Stanford University, and currently serves on the clinical faculty at the UCSF Department of Surgery, Division of Plastic & Reconstructive Surgery.

Dr. Lee is an Assistant Clinical Professor of Surgery at the University of California-San Francisco (UCSF) and is the Chief of Plastic Surgery and Director of Microsurgery and the Advanced Wound Healing Center at St.Mary’s Medical Center, San Francisco. Dr. Lee has been featured on television shows and teaching videos, and has presented and published papers internationally on topics in plastic surgery and microsurgery. He sits on the clinical advisory board to several major medical corporations for his expertise in plastic and reconstructive surgery.

Dr. Lee has been in practice since 2003 and brings over a decade of experience, trust, and expertise. His commitment to patient care with outstanding results and technique, have made him the recipient of numerous awards both local and national. Patients have come from as far away as Hawaii and New York, Europe and Asia, to seek his expertise.

“It is an honor and privilege to be your surgeon.” – Dr. Charles K. Lee